Although cultural differences around the world seem to be gradually diminishing thanks to the media, social networks and massive travel, they are certainly not being completely erased. Fortunately for us – a few decades of the Internet and the subsequent expansion of social networks cannot erase centuries to millennia of ancient different traditions, customs and philosophies. Although we see many young people in Asia comparing themselves to our Western culture, we Westerners still have a lot to inspire and learn from ancient Eastern philosophies. 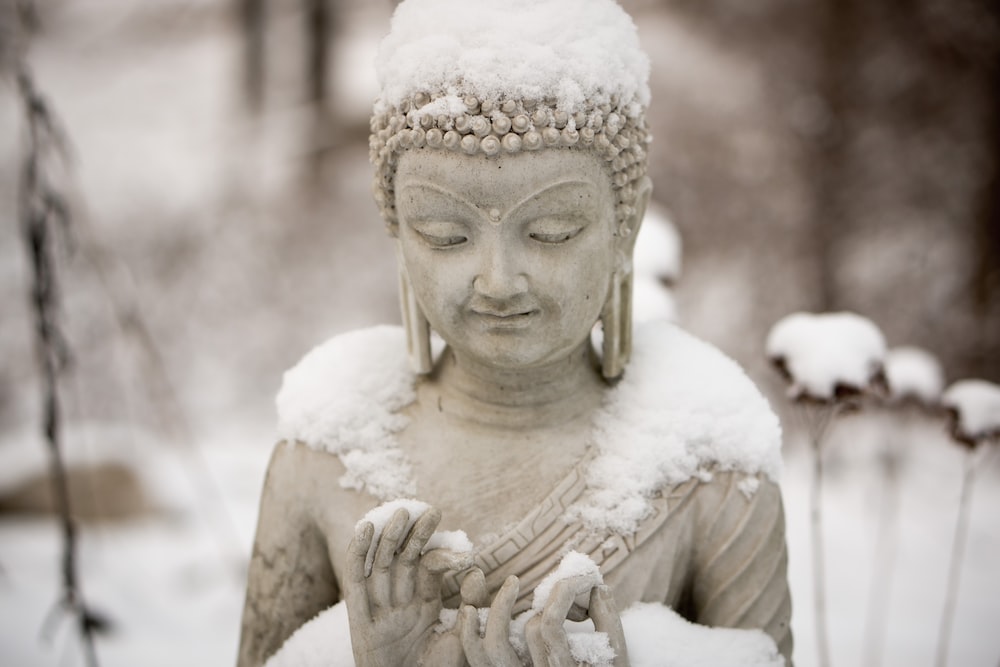 One of these inspirational concepts is the Japanese term “mushin” – a fascinating form of meditation and mental state that can significantly affect the way a person lives and leads his life. The word “mushin” consists of two kanji characters: 無 (mu), which means “emptiness,” and 心 (shin), which means “heart,” “spirit,” or in this case, “mind.” Mushin can be roughly translated to “nothing on the mind” or “no mind.” It comes from a longer phrase used in Zen Buddhism, “無心 の 心” (mushin no shin), or “mind without thinking.”

Mushin is a state of mind where your mind is empty of all thoughts, desires, ideas and assumptions. When your mind is clear, you are free from your ego and you are able to act spontaneously and fluently without emotion or hesitation. That way, your mind is opened to everything.

It is a concept that is important in many traditional Japanese arts such as ikebana flower arranging, a beautiful style of shodo calligraphy or sumi-e ink painting, but especially for Asian martial arts such as aikido.

The discipline and awareness of the present moment are very important for these arts. Through mushin, artists or fighters achieve great concentration and sensitivity. When their mind is clear, their work is intuitive and flows from the subconscious.

The first mention of mushin comes from the famous Zen Buddhist monk of the 17th century (but also a prominent Japanese poet, painter, calligrapher, expert in the tea ceremony) and, among other things, the excellent swordsman Takuan Soho (1573-1645) in The Unleashed Mind. In this work he combines aspects of Zen Buddhism with martial arts. The following paragraph provides an excellent explanation of what happens in the mind when in the mushin state:

“When the swordsman stands against his opponent, he is not to think of the opponent, nor of himself, nor of his enemy’s sword movements. He just stands there with his sword which, forgetful of all technique, is ready only to follow the dictates of the subconscious. The man has effaced himself as the wielder of the sword. When he strikes, it is not the man but the sword in the hand of the man`s subconscious that strikes.”

Such a pure state of mind, pure mental clarity, means that the mind is not firm, busy with thoughts or emotions, and therefore open to everything. Present, conscious and free.

This state is attained when the mind is freed from anger, fear, distracting thoughts, ego, and judgments. One is absolutely free to act and respond to situations without fear and without being disturbed by external factors. At this point, he doesn’t rely on what he thinks the next move should be, but what his naturally trained reactions are, or what he feels intuitive. However, it is not a state of relaxation close to sleep. We can say that the mind works very fast, but without intention, plan or direction.

Mushin in the western world

Mushin is a Japanese concept rooted in Zen Buddhism. But a certain version of mushin can be found in many different arts and disciplines around the world. For example, an athlete on the track also experiences some form of mushin. He must free himself from conscious thinking in order to “only” run. Although, for example, their extreme sharpness of concentration is called something else. The same can be said about actors whenever they improvise or get lost in a character. They must absolutely clear their minds of their ego so that they can respond quickly and appropriately to situations.

Why could it be useful for us?

Mushin is a very useful concept that we can be inspired by in many different life situations. Whatever your field, if you try to free your mind from the inner hustle and bustle of premature judgments and assumptions, you will stop evaluating possible failures in advance, but you will perceive only the present moment and immerse yourself only in the task, then maybe you can also experience mushin. It could even help you with your efforts, whether you’re an athlete, a creative person, or just need to focus better. It’s something worth thinking about.