Among the artists and designers that present and apply the spirit of wabi-sabi in their work undoubtedly belongs Axel Vervoordt – a world-renowned interior designer of a very specific style, but also an antique collector, gallery owner and an author of several books. He was born in Antwerp, Belgium in 1947.

As a designer, he is celebrated for his capti­vatingly minimalistic interiors infused with a serene sense of history and timelessness.

“I believe in the historical, not the merely decorative. I like depth, not superficiality – everything needs a deep human reason, and for me, it is important to create something interesting, not just decorative.”

He gained the love for all the old and authentic and a certain fascination by the Middle Ages, the Renaissance and the Baroque, in his youth, when he helped his mother with the reconstructions of old houses in the Vlaeykensgang – the historic district of Antwerp, which was then rented to local artists. To this he later, thanks to business travels throughout Thailand, Cambodia and Japan, added an admiration for Eastern philosophies and art.

“I really don’t mind if things are ugly. They have their own beauty if only one looks hard enough.”

He already combined unusual rustic furnishings with baroque ones or ancient sculptures with modern paintings. Today, in his work, he also promotes the zen idea of wabi-sabi – that true beauty is imperfect, incomplete and unstable – in other words, as transient as life. This view is reflected in his love for modest, sometimes at first look almost “ugly” subjects, such as a shepherd’s rough table or a raku tea bowl. “For 30 years I have been interested in developing an art of living which can transform the ordinary object into an objet d’art and the everyday gesture into perfection – the fullness of emptiness.” For some, his combination of materials and styles may seem contradictory, but Vervoordt believes that truth may be contained in a paradox and in ambiguity.

“I love the tension between different objects and different cultures and I always let the space I am restoring inspire me.”

Axel Vervoordt creates environments, that do not look like they were just made but found. His specific style is highly sought after and often imitated. Among his former clients belong members of royal families, successful tycoons from financial and IT world, rock and film stars and other artists. The most famous of them are Bill Gates, Ellen DeGeneres, Kanye West, Sting, Calvin Klein, Robert De Niro (see his New York wabi-sabi Penthouse), and many others.

– which could be roughly translated as “finding happiness through creating happiness” -a quote which Axel Vervoordt states on his website as his favourite.

Manhattan, New York – a centre of global stock exchange and the location of the headquarters of commercial banks, in a way a place of luxury and pomposity, a place of a constant city rush. In a sense, a symbol of Western capitalism. You could describe this place with a lot of adjectives but definitely not calm and modest. And still, in Tribeca, a 2000 square meter large, two stories high rooftop apartment was reconstructed, a penthouse in the style of the wabi-sabi philosophy for a very famous man.

This famous man is the American actor Robert de Niro. The orchestrator of the transformation of his apartment is a world-renowned designer – a Belgian named Axel Vervoordt, who previously designed the homes of Sting, Ellen Degeneres, Calvin Klein and Kanye West. He and his team, together with the Japanese architect Tatsuro Miki, took three years to create a unique living space that has, if you look past the obvious simplistic theme, an incredible timelessness to it. Together with the vast terrace, this forms a calm refuge from the surrounding inner city.

All that using a minimalistic design, seemingly incompatible architectural elements, interesting recycled materials from the vicinity, antique furniture from Asia and Europe. This sustainable design is noticeable on the entire interior and exterior.

The result of this reconstruction proves that the wabi-sabi style can be used as a part of a luxurious interior and exterior design, all the while celebrating simplicity and humility.

After the completion, the photographs and descriptions of the penthouse in TriBeCa, towering over the corner of Greenwich and North Moore streets, have appeared in the lifestyle columns of many world-renowned media, such as The New York Times, Daily Mail, Telegraph, Spiegel, Die Welt, Vanity Fair, Elle and many others.

Take a walk and look yourself: 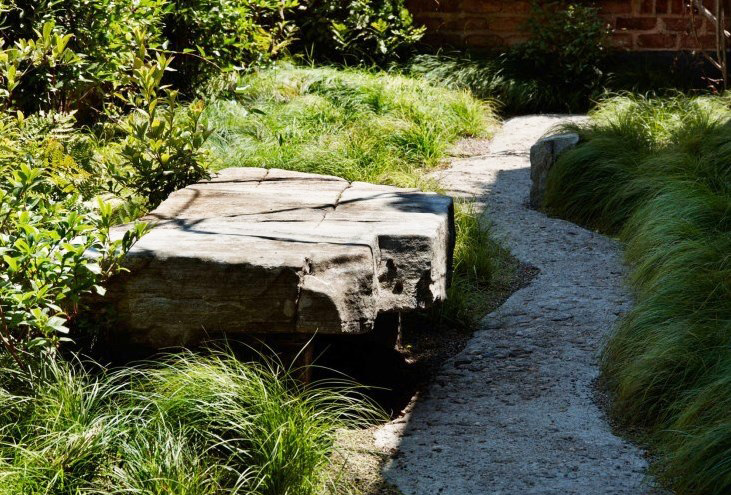